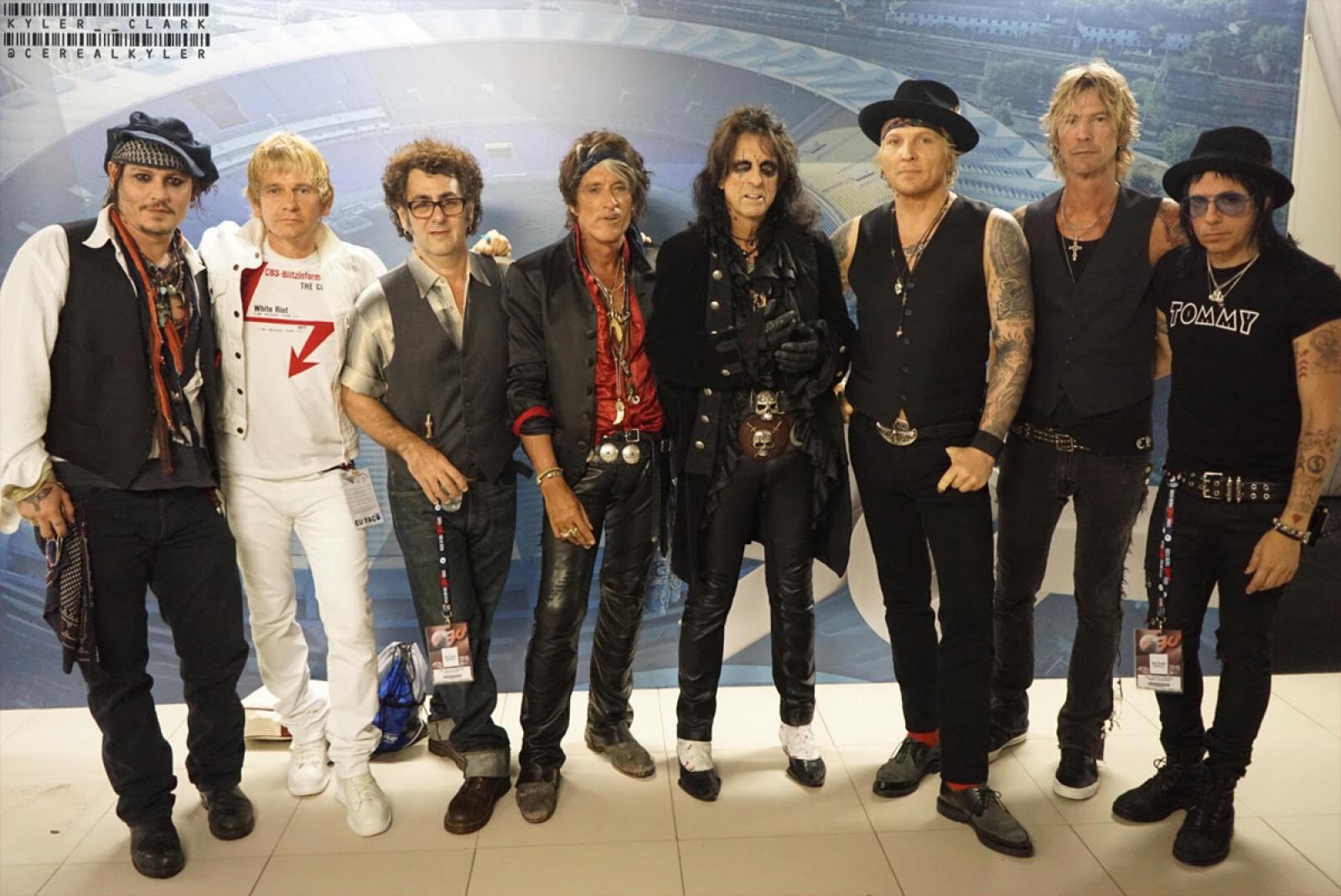 Starkey Hearing Foundation And The Hollywood Vampires Bring The Gift of Hearing to 200+ People in Need in Rio De Janeiro, Brazil

WHAT:
On Thursday, September 24, Starkey Hearing Foundation and the Hollywood Vampires joined forces in Rio de Janeiro to provide more than 200 children and adults in need the gift of hearing in advance of the supergroup’s highly-anticipated performance on the main stage at the Brazilian edition of Rock in Rio festival.

Hollywood Vampires band members, including rock legends Alice Cooper and Joe Perry, Johnny Depp, Duff McKagan (bassist), Matt Sorum (drummer), Bruce Witkin (piano, guitar) and Tommy Henriksen (guitar) worked hand-in-hand with Starkey Hearing Foundation’s team of experts to fit pre-screened Rio residents with customized hearing devices. Josh Homme, Troy Van Leeuwen, Dean Fertita, Michael Shuman, and Jon Theodore of Queens of the Stone Age also joined the team to help with the fittings. These free hearing aids provided by the non-profit Starkey Hearing Foundation will transform the lives of the people who receive them. Many were able to hear their families for the first time, to experience the joy of music and to live more independently as a result of their new found connection to the world.

Following the hearing aid fittings, Starkey Hearing Foundation transported recipients to the Hollywood Vampires’ performance at Rock in Rio festival, giving them the rare opportunity to see these rock legends perform as part of their very limited engagement tour and the chance to experience the thrill of hearing live music for the first time in their lives.

Hearing loss affects more than 360 million people, including 32 million children worldwide, and many do not have access to hearing devices that can help them. For more than three decades, Starkey Hearing Foundation has been changing lives through hearing care, providing more than 1.8 million hearing aids to people in need. The Foundation has given more than 200,000 free hearing aids worldwide in the last year alone.