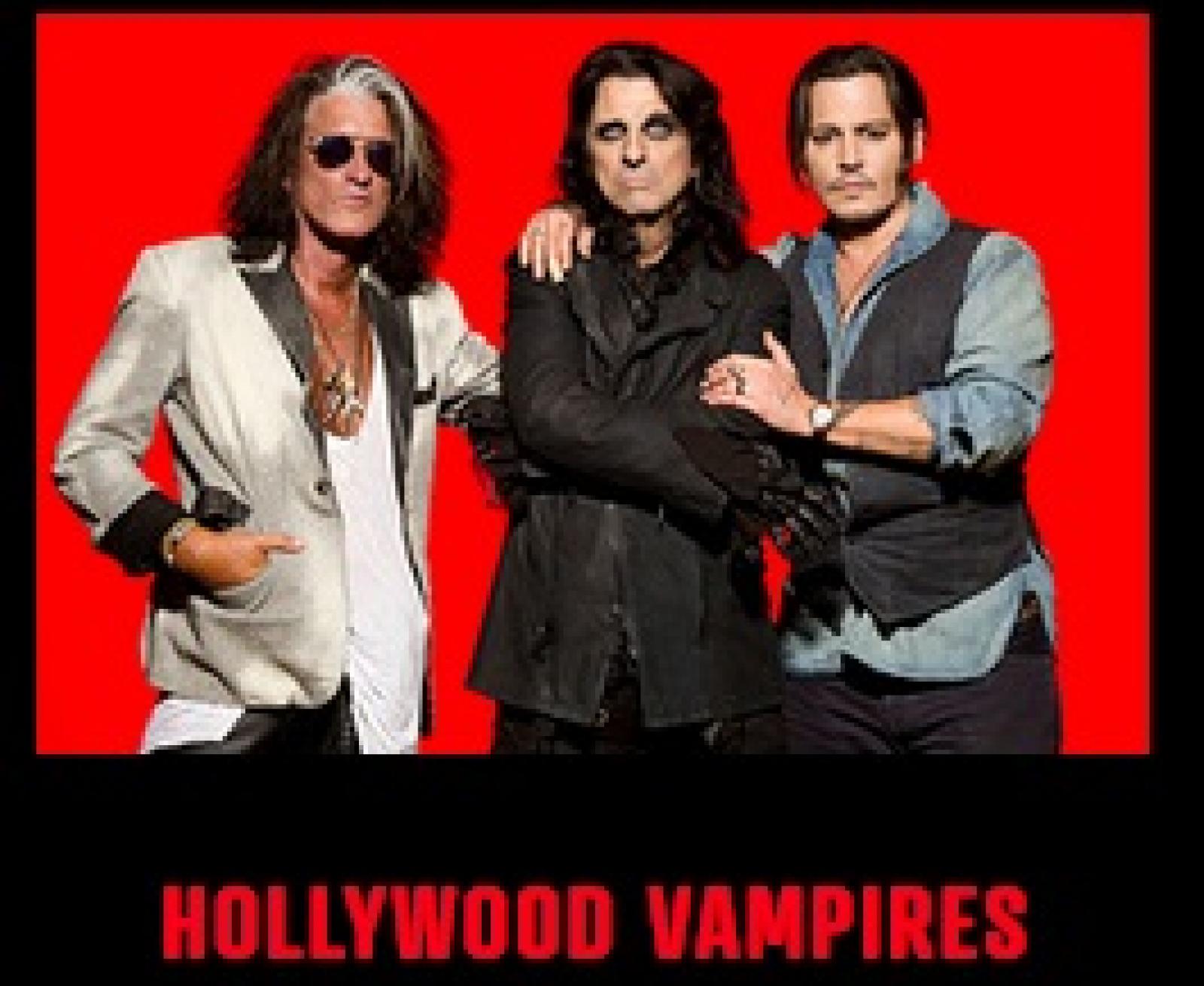 Rock Fest is back for its 23nd year with a killer lineup including the biggest names in rock. SLIPKNOT, HOLLYWOOD VAMPIRES and ALICE IN CHAINS are slated to headline the massive rock festival in Cadott, Wis. July 14-16. This years bill has exploded, including 60+ bands featuring Five Finger Death Punch, Breaking Benjamin, Marilyn Manson, Rise Against & many more top rock bands.

The word supergroup gets thrown around a lot these days, but truly, it doesnt get much super-er than Hollywood Vampires lineup.  YAHOO Music

The Hollywood Vampires (Alice Cooper, Johnny Depp, JoePerry) kick off the summer with their first U.S. festival headline show and also on the bill, their friend Marilyn Manson among others. The Vampires make their worldwide television debut when they perform their new single Bad As I Am from their new deluxe album on the 58th Annual GRAMMY Awards®, Feb 15 on CBS. A super-group comprised of rock royalty and a Hollywood superstar, the Vampires will hit the stage offering fans a special surprise that will be a highlight of the show.

In 1969 on the Sunset Strip at a club called the Rainbow Bar & Grill, the Hollywood Vampires were born in the upstairs bar. It was a gathering place for the rock stars living in or passing through L.A. To join the club, one simply had to out drink all of the members, says Alice Cooper, a founding member of the original Vampires. Alice and good friend Johnny Depp got together and decided the spirit of the Hollywood Vampires should live again (minus the drinking). Alice and Johnny were joined by Joe Perry, who is an old friend of both of them, and the recording began: a tribute to the original Hollywood Vampires. An environment was born for great artists to hang, laugh and play together.

New this year, three-day ticket holders will be treated to an exclusive Rock Fest opener Wednesday, July 13. The Bonus Bash will include some of the biggest names coming to the festival. Fans will not want to miss this. Gates will open to remaining fans on Thursday, July 14. Fans are able to camp on-site in one of the 7,000 campsites surrounding the concert grounds. Daily shuttles provide transport to and from nearby hotels. Rock Fest offers VIP and reserved tickets and camping for the festival, currently on sale at https://rockfest.frontgatetickets.com.

Fans will have the opportunity to get Morries Pit Passes for each show, getting them as close as they can to their favorite bands. Rock Fest also specializes in offering a wide variety of liquor, beer and food choices to fuel up before and during the show.

Rock Fest is an RFID festival, offering attendees the convenience to experience the weekend by going cashless.

Presale tickets sold out in less than two hours for the 2016 festival. General on sale tickets, camping & Morries Pit Passes are available beginning Tuesday, Feb. 9 at 8 am (CST) at https://rockfest.frontgatetickets.com.

ABOUT ROCK FEST
A city literally built on rock n roll, Rock Fest is the true rock experience you cant miss. In its 23rd year, it is the top venue for people of all ages to come together for one common purpose: join with other rock fans from across the world in a place where rock music still matters. Featuring the very best of active and class rock, and legendary names in rock music, entertainment and experience are top priorities. Aerosmith, Iron Maiden, Avenged Sevenfold, Kiss, Motley Crue, Fleetwood Mac, Tom Petty, Kid Rock, Shinedown, Korn and many, many more rock legends have graced the permanent main stage at an event spanning more than two decades.

Rock Fest is set on 320 acres of picturesque land in central Wisconsin, and is home to nearly 7,000 campsites all within easy walking distance of the campgrounds. With major airports and hotels nearby, as well as daily shuttle service, there is something for every rock music fan. Experience the unique amphitheater venue for yourself and discover why Rock Fest fans keep coming back every year.