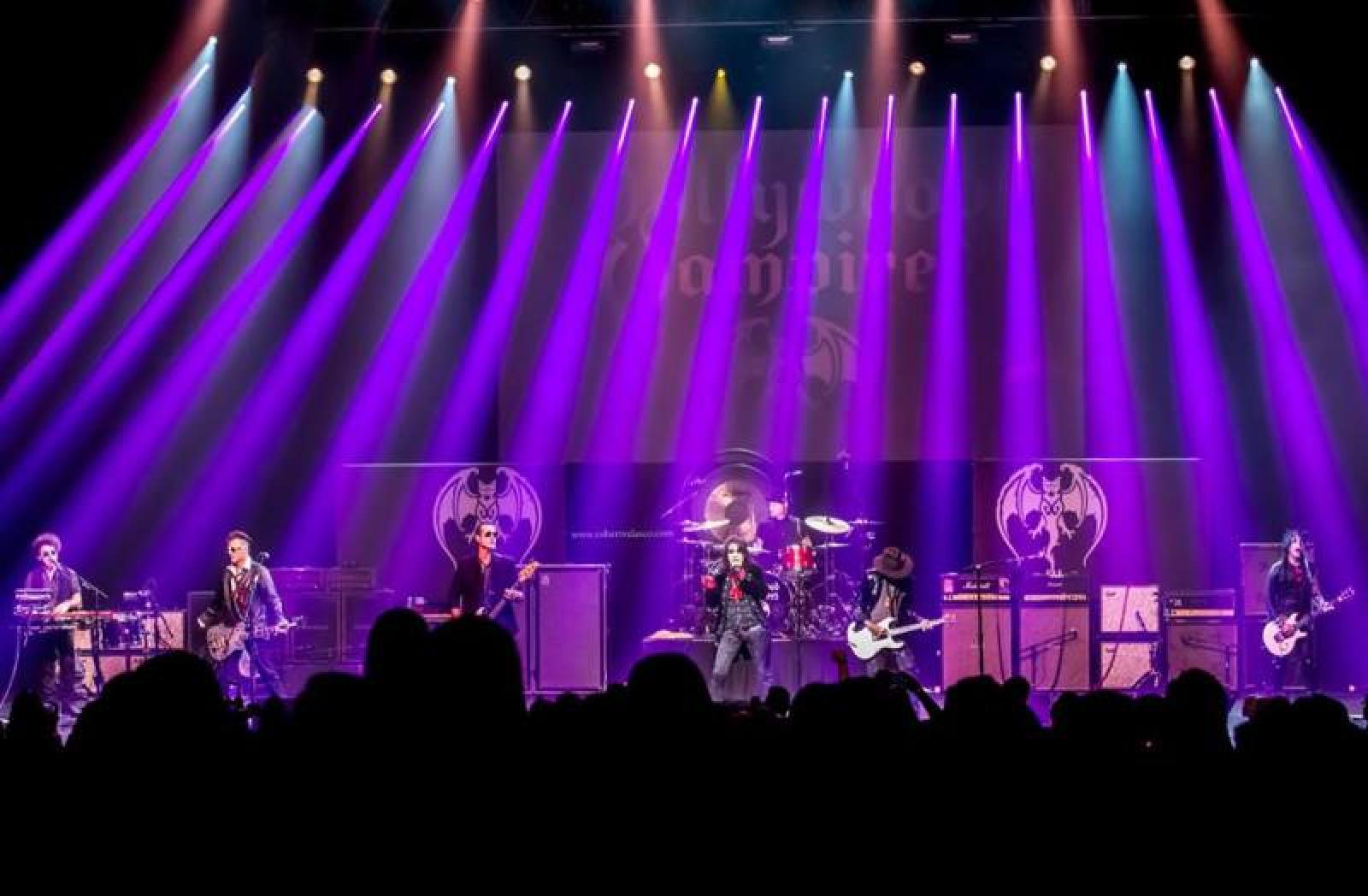 The Hollywood Vampires is an American rock super group formed in 2015 by Alice Cooper, Johnny Depp and Joe Perry to honor the music of the rock stars who died from excess in the 1970s. The band name derives from The Hollywood Vampires, a celebrity drinking club formed by Cooper in the 1970s whose members included Ringo Starr of The Beatles and Keith Moon of The Who.

They have released one studio album, Hollywood Vampires (2015), featuring guest appearances by Paul McCartney, Dave Grohl, Joe Walsh, and Christopher Lee among others. Cooper and Perry have discussed plans for a future live album, stating that Depp’s schedule works differently than theirs.

The members of the band on tour are:

Matt Sorum – drums, backing vocals (of Guns and Roses and the Cult)

The concert at Foxwoods was simply fantastic, the place was packed and the venue, was on point. Every seat in the place was like being front row. The band ripped through a song list of what one could consider greatest hits,  songs like :

Raise the dead, Whole lotta love, Bad as I am, Rebel Rebel, Pinball Wizard and yes… Eighteen and Sweet emotion (just to name a few)

Make sure to catch the band when they destroy your town http://www.hollywoodvampires.com