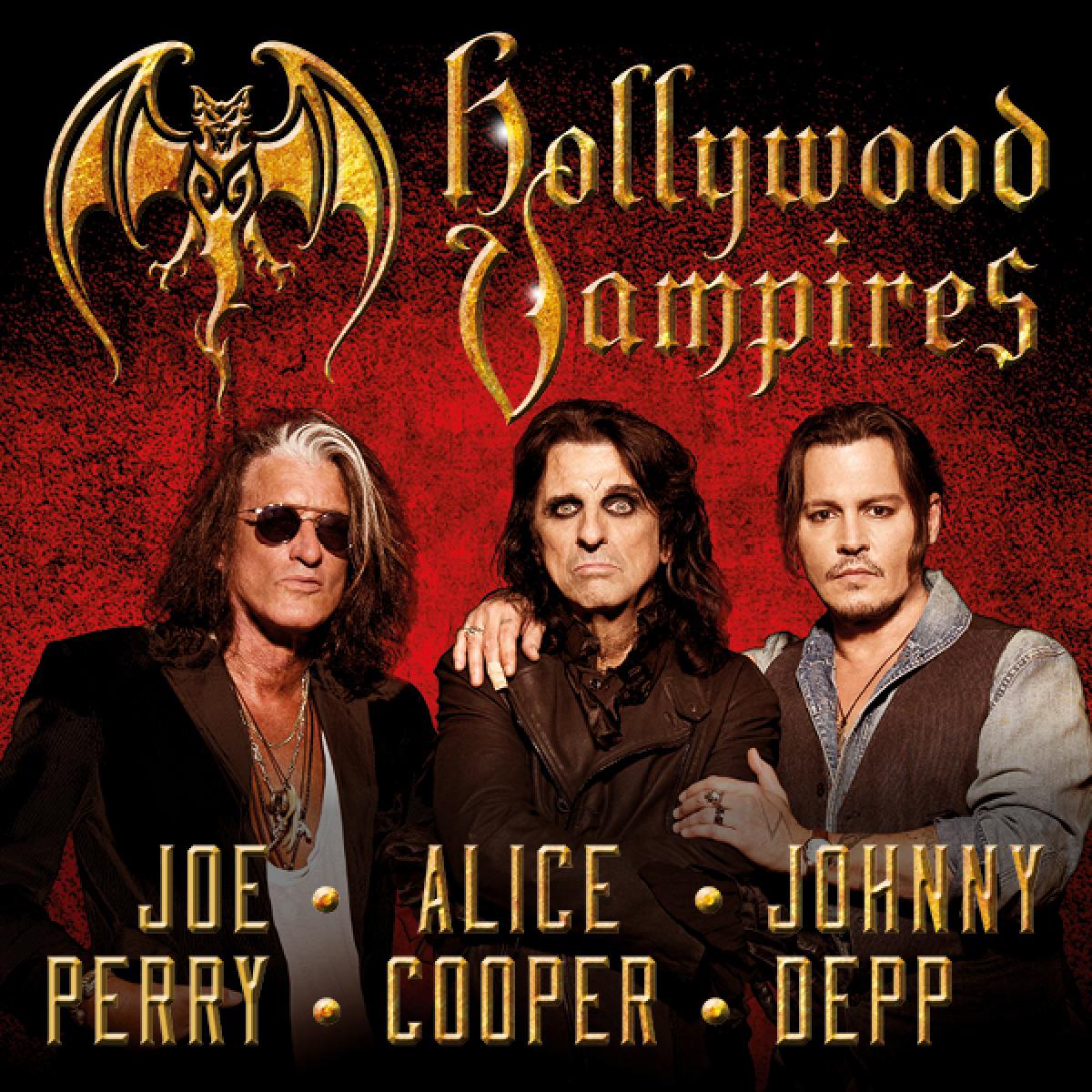 The Hollywood Vampires are coming to a lair near you this summer!

THE HOLLYWOOD VAMPIRES – ALICE COOPER, JOE PERRY, JOHNNY DEPP
ONE OF THE HOTTEST SHOWS OF THE SUMMER
COMING TO A LAIR NEAR YOU
FIRST SHOWS FOR 2018 TOUR, GERMAN CITIES ANNOUNCED
MORE CITIES AND COUNTRIES ANNOUNCED SOON

Aerosmith guitarist Perry vows that his group is going to blow people away…. "I don't say things like this often, but this band is (bleeping) good," Perry says. "There will be rumbling in ears and there might be blood trickling out of one ear," Depp warns audience members. Adds Cooper: "Then we'll know we've done our job," – USA TODAY

Today, The Hollywood Vampires announce their first tour dates in Germany – Hamburg, Berlin, Monchengladbach, Munich, Frankfurt. These are among the first leg of their global tour starting this summer.  The Hollywood Vampires - Alice Cooper, Joe Perry and Johnny Depp – always deliver. They arranged their schedules again for 2018 to give their fans what they want – more Vampires.

For tickets, the sale starts on 2rd November at 2 PM, fan tickets exclusively available at www.hollywoodvampires.com, www.pa-co.eu and www.adticket.de, ticket hotline +491806 050400 (fees: 0,20 €/call from German landline, max. 0,60 €/call from German cell phone) regular tickets available at all box offices. You can experience the Hollywood Vampires as a VIP with a limited number of Meet & Greet package available. Packages include a meet & Greet, personal photo op and exclusive merchandise. For details visit www.hollywoodvampires.com/vip​

What started with an intimate, star-studded show at the Roxy Theatre in Los Angeles for family and friends, from that, the Vampires set their sights on playing in as many places as possible, trekking across the globe during their short summer break before Joe, Alice, Johnny had to go back to their other commitments.  Their wildly successful summer tour in 2016, took them to more than 23 cities, 7 countries traversing the world from Verona, New York to Bucharest, Romania and headlining festivals such as Rock in Rio to more than 100,000 fans.

Joining the Hollywood Vampires on tour will be some of their rock star musician friends and modern-day Vampires, and will be announced soon.

A super-group comprised of rock royalty and a Hollywood superstar, the Vampires will hit the stage offering fans a non-stop, energetic rock concert like no other, including their original single “Bad As I Am” from their debut album The Hollywood Vampires released in 2015, as well as renditions of popular classics including “My Generation,” “Whole Lotta Love,” and a “School’s Out”/“Another Brick in the Wall” medley. Buy: iTunes  Google Play

The story of the Hollywood Vampires began in 1969 on the Sunset Strip at a club called the Rainbow Bar & Grill in the upstairs bar.  It was a gathering place for the rock stars living in or passing through L.A.  “To join the club, one simply had to out drink all of the members,” says Alice Cooper, a founding member of the original Vampires.

​Cooper and good friend Johnny Depp got together and decided the spirit of the Hollywood Vampires should live again (minus the drinking).   Cooper and Depp were joined by Joe Perry, who is an old friend of both, and the recording began: a tribute to the original Hollywood Vampires.  An environment was born for great artists to hang, laugh and play together.