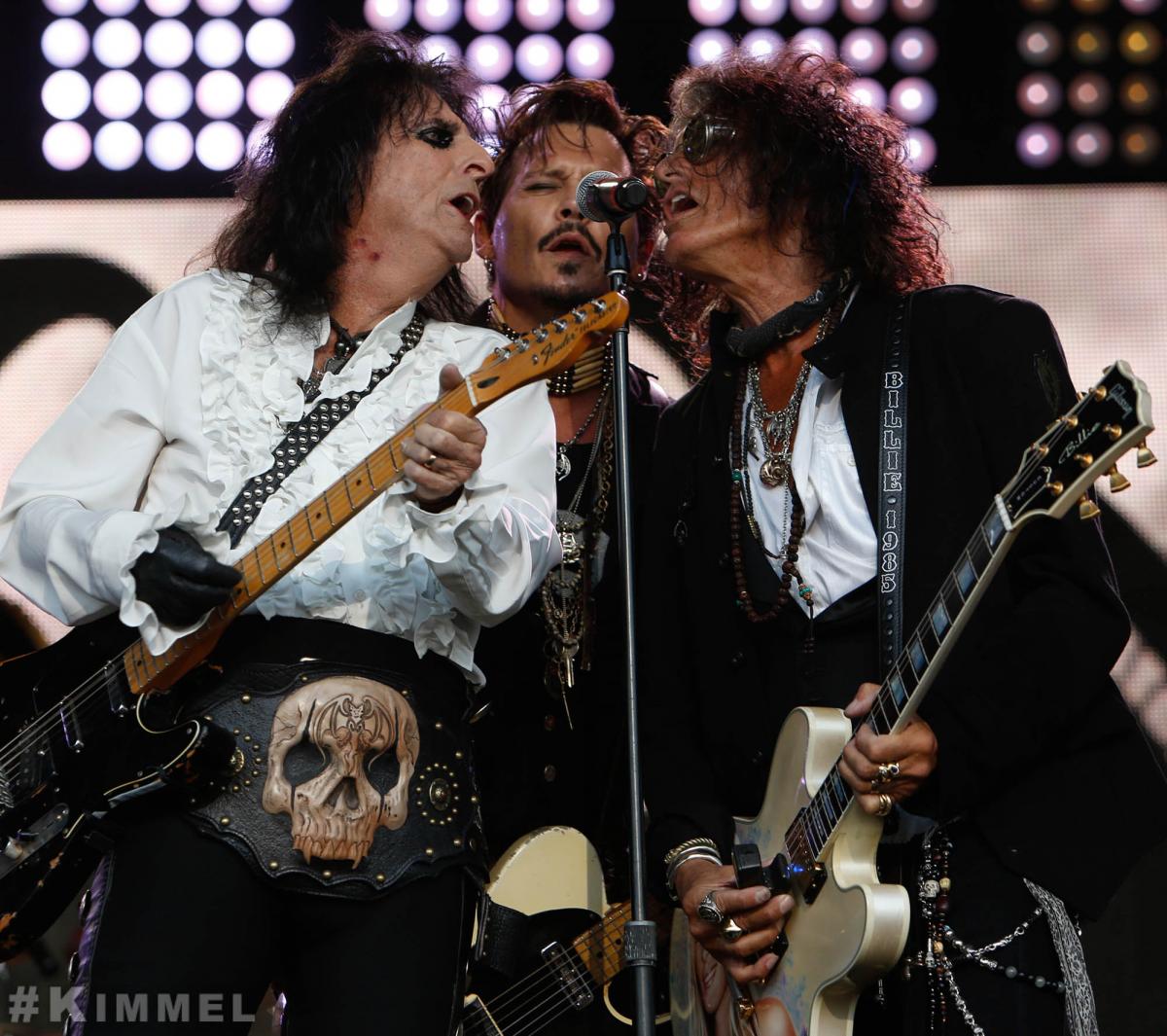 The 16 track album “Rise,” produced by Tommy Henriksen and the Hollywood Vampires, is one of the purest, most unapologetic and enjoyable rock and roll albums of the year, made by masters of the craft and true fans of the form. Unlike their 2015 debut record, the new album consists mainly of original material, written by the band. There are however, in the spirit of the Vampires’ original mission, three covers of songs originally written and recorded by legendary rockers who died far too young: an intimate and intense version of David Bowie’s “Heroes”, powerfully performed by Johnny Depp at the former Hansa Studios Berlin, the same studio were Bowie recorded the original in 1977; the late Jim Carroll Band’s “People Who Died,” and Johnny Thunder’s “You Can’t Put Your Arms Around A Memory,” sung by Joe Perry.

Hollywood Vampires recently completed a triumphant seven-city North American tour which included a sell-out show at the famous Greek Theatre in Los Angeles and were voted the “best performance” of 2018 at London’s Wembley Arena. For more information, visit www.hollywoodvampires.com

8. "You Can't Put Your Arms Around a Memory"